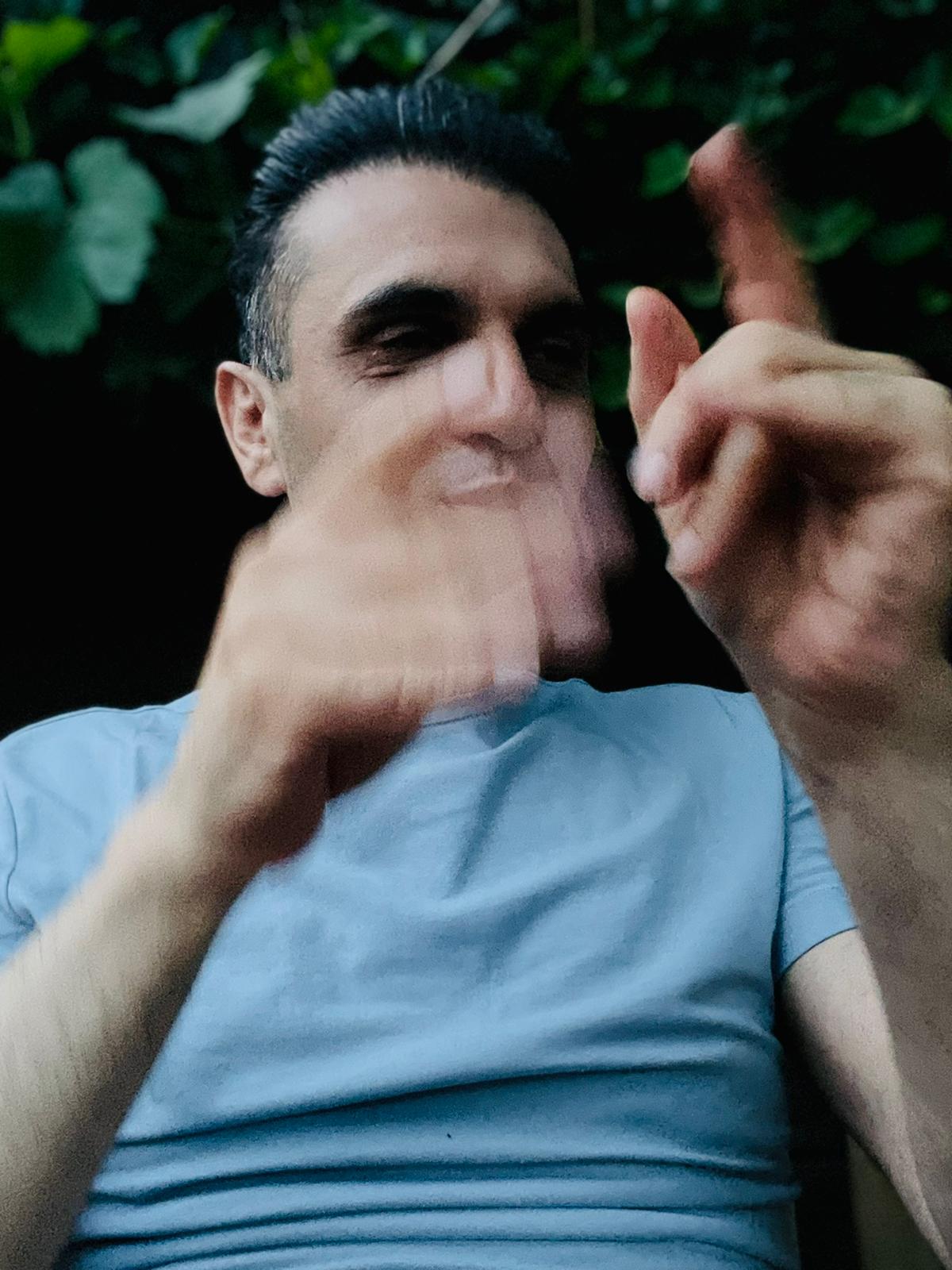 Mohammad Reza Mortazavi was born in 1979 in Isfahan, two months after the revolution in Iran. He has been living in Germany for 20 years as a musician and composer.

The diverse sound of tombak and daf has always fascinated Mortazavi. It connects him with an understanding of music and movement that is as multifaceted as it is constantly evolving. His musical ideas transcend traditional techniques and ways of playing both instruments. Mortazavi describes finding a balance between concentration and letting go as the core element of his musical work: a constantly changing movement in which the boundaries of body and mind dissolve into one another. Mortazavi directs his focus exclusively on music, detached from the instrument and national-cultural narratives, in pursuit of the idea of a universal music in which something human connects in a profound way.

In 2018, the album FOCUS was released on the Padre Himalaya label. In 2019, Mortazavi was invited by the Sydney Opera House, Rewire, Minimal Music Festival, Berlin Atonal, among others. In October 2019, Paris-based label Latency Mortazavis released his album RITME JAAVDANEGI, which was named by Pitchfork as one of the best experimental albums in 2019. In 2020 he composed a new interpretation of the Credo based on Ludwig van Beethoven's Missa Solemnis, op. 123, which was premiered as part of the project The World To Come in collaboration with the Rundfunkchor Berlin. In February 2022, his new album PRISMA was released on the flow.fish label. An album release on the Berlin label Tresor is planned.